GHB. I had almost FORGOTTEN what a dangerous and misleading drug this can be!!! 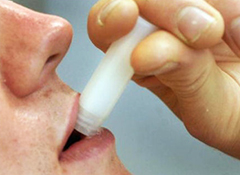 Last week I heard from a friend that Angelo wanted to kick his GHB habit.

Angelo had gone to the doctor to find out the best way to do this. The doctor told him he could not stop in one go, but that he had to wean down. This is because it would be too dangerous to stop in one go. If he would do that, he could start shaking, sweating, get fearful thoughts, epileptic fits, psychoses, etc. Not particularly things to look forward to.

With a reduction plan and a large dose of courage, Angelo started weaning down. Unfortunately he did not even make it through the first 48 hours…..

GHB is one of the worst and most difficult drugs to come off!!!!! Angelo proved this once again when he started weaning down. He got withdrawal symptoms, nothing really serious, but enough to feel them. He said he felt okay and that it was all going well…..

Suddenly my phone rang, I answered it and I heard he had had an epileptic fit when he was entering his house. He was as stiff as a plank, he fell and hit his head hard. Thank goodness there was someone with him who could help him and who gave him GHB which helped him fully regain consciousness.

But he did not remember anything of what had happened the days before and did not recognize people. So he had to go to hospital.

After that phone call a film started playing in my head. I was again reminded of what a horrible drug GHB is. Friends of mine who were addicted to it and died after they stopped taking it, the countless times my friends and I had been rushed to hospital after taking too much of it and of course the process I went through when coming off it and the impact this had on my family…..

GHB is one of the filthiest and most evil drugs there are. It not only destroys a person in a really evil way, but also everybody close to that person

GHB is quite cheap and therefore easy to obtain for a very large group of people. It has in the past been made very interesting on the Internet for young people.

You cannot just suddenly stop using it, no, it goes much deeper. If you don’t use GHB for a while, you are in trouble!!!!!!!

It is extremely physically addictive and has you in its grip 24 hours a day. Actually, when you are addicted to GHB you are only obsessed with one thing and one thing only and that is to make sure you do not become sick from withdrawal symptoms because when you do get sick it is actually too late

I just had Angelo’s mother on the phone (it is now nearly one week later). He is still in hospital, in isolation, tied to a bed, just like me 6 years ago…..

Note from the editor… This was written four years ago. After 10 days in hospital, Angelo came to Narconon and he is again working hard and living with the same girlfriend he had 4 years ago.

Until I was 15 I had a goal in life. However, when it became clear I would not be able to achieve that, I was lost. I hung around with other boys and lived from weekend to weekend. Going out, boozing. That was the most important thing in life. 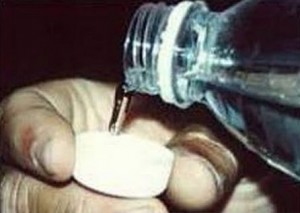 At a certain point I made new friends. These friends did not drink much alcohol, but used GHB. That is a liquid which dissolves in a drink and which makes you cheerful. The first time I used it I was a bit shocked at what I was doing. I had been warned against using drugs often and clearly enough. But the second time it became easier to drink a little bottle of it. That is the danger. That you start finding drugs normal. And start seeing the advantages. For example, I would first spend 150 euro’s every weekend on booze and now I only needed 7 euro’s to feel good.

GHB is now used more often in Holland, but when I became addicted to it, not much was known about it. On the Internet I read that it was not harmful. So I trusted that. Thanks to GHB I no longer went out on Saturdays and slept on Sundays. No, I was going out Saturdays, carrying on Sundays and Sunday night going out again. I called it optimum use of the weekend.

I continued to live with my parents. Because going out in the weekends and also financing a car was quite expensive. I could hide my drug use well. I worked five days a week.

I did not like ecstasy, but when I first tried using GHB in combination with amphetamine then things were really amazing. I felt so good, so confident. The shyness I usually felt, for example when I wanted to make contact with a girl, was all gone. That is of course how you always want to feel. 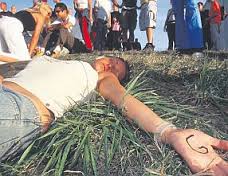 I would now go out three, four days a week. If I had problems fully waking up for my job, then half of a little bottle of GHB would be enough to help me feel good again. Before I knew it I was using it every day. To go out, to perform at my job, to sleep.

But somehow I did not feel really good about this, that obviously I was starting to depend on it. I was 20 when I decided to stop taking it during the last week of a vacation. The first night I did manage to fall asleep, but the next day I could hardly get out of my bed, I was in so much pain. I thought I had the flu. To feel better I took a dose of GHB and after that I felt better again.

So it was not hard to add one and one. But it took me months to gather enough courage to go to the doctor. He gave me a flyer for the Consultation Bureau for Alcohol and Drugs.

The first program I did lasted six weeks. That was not too bad. But after a month I was sick again. I had not learned to arm myself against the addiction. I had not learned to feel good without drugs. The therapy had been too general. Not aimed at me personally. It did not handle the reason why I had become addicted. And also did not learn how my addiction had me in its grip.

After I had stopped for the second time I was sent home with a dose of anti depressants and sleeping pills. Within two weeks I was using GHB again. And this happened another four times. This was also because I thought I would be able to use GHB now and then after I had become clean. I did not know at that time that an addiction never really goes away, that when you take a small dose it becomes active again and that the whole box of tricks opens up again and you are once more in the grip of addiction.

The last time I went to a rehab center and I went into another psychosis. I came out of that, but did not want anymore medication.

A friend of mine had meanwhile gone to Narconon and I went to visit him and decided to try it as I did not want to revert again.

In Narconon the program lasted longer than just six weeks. There I learned to stop shutting myself off from my emotions and those of the people around me. If you do not run away from a bad feeling or a pain, then you notice that they also go away again. In that way you also learn to deal with the cravings for drugs. And I also learned all about self deception. The most important ally of addiction. That always manages to find some smart excuse why you should use and it is really not so easy to expose that. One of my excuses was for example: I am addicted because I have ADHD. I am not responsible for that so I am also not responsible for my addiction. Or: without GHB I cannot deal with customers and so I cannot do my job. Whilst before using GHB I was also a good salesman.

I also learned how to not let myself be loved but to love myself and solve problems. And to find out who I was and what I wanted in life. And once you have found that out, you can gain control of your life again. A goal in life is the most important ally against addiction. Because then you have something you can fight for. Then you are no longer lost and defenseless.

At the end of the program I learned to clean up everything I had done wrong in the past. Towards myself, but also towards my family. During my addiction I had shut myself off from the grief I had caused my parents. I often hear from relatives of our clients that it hurts them that they obviously are not important enough to fight for. “Does he not love me enough to quit the habit”, they wonder. With me the love was there, but I shut myself off from it. Another trick from the box of tricks. When you learn to let that love back in and to feel it and therefore start to understand the grief you are causing others, only then can that love be an ally against addiction and help you stay clean.

After I finished the program I started working for Narconon. I find drug education extremely important.

The past years have not been easy. I was lucky to have survived them and I have gained much too. I now know who I am. I can mean something to other people in the work I do. I have a lovely girlfriend and a fantastic little boy. Something else in my life worth fighting for….